The Book of Esther

Look, I know most people are probably not that interested in reading the Bible or anything in prose form, but there are 3 reasons why you should give the Book of Esther a chance:

Still not convinced? Fine, I’ll just sum it up for you. Here it is, The Book of Esther: 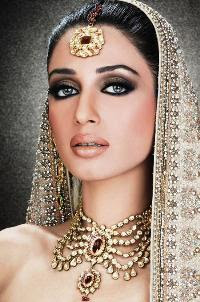 The story starts with Ahasuerus -- the King of Persia and another historic fuckboy -- divorcing his wife because she’s not kinky enough for him.  He’s like, “Daddy wants to fuck”, and she’s like, “I’m tired and you’re impotent”, and he’s like, “whatever ur an ugly bitch anyway” and kicks her to the curb. Immediately thereafter, he starts looking for a new queen with some very specific criteria:

(Also, if you scroll down to the bottom of his profile, it absolutely says “No fatties”.)

So he swipes through a bunch of chicks, but ultimately picks Esther because she’s a total smokeshow, like irresistibly attractive. But the thing about Esther that he doesn’t know is that she’s also really smart AND she’s secretly Jewish. This becomes problematic because one day, Ahasuerus’ right-hand man, Haman, says to him, “Hey, I think you should kill all the jews.” And Ahasuerus is like, “Okay!” and orders a massacre. (I mean honestly could they have come up with any other plotline by this point? HACKS.)

Anyway, secretly-Jewish Esther obviously isn’t a huge fan of this idea, so she devises a plan to stop it. She’s like, “Hmm, what embarrassingly simple thing could I do to get a man to change his mind? I know -- trick him with sex!” So she goes and fasts for three days -- a little diet tip she learned from Cosmo -- and once she’s all frail and sick looking (just like her man likes it), she seduces Ahasuerus. At some point during what I can only imagine to be very disappointing foreplay, she whispers in his ear, “Hey Ahasuerus, how about you, like, not kill the Jews”.  And he’s like, “Baby, I’ll do anything you want because even though I have complete authority, I’m actually pretty dumb and also horny as hell.”

So the next day Ahasuerus tells Haman, “Uh, nevermind on the whole killing the Jews thing -- the old ball-and-chain won’t let me do it lol”.  And everyone laughs because he’s negging his wicked hot wife who is way too good for him and yet somehow only a supporting character of the show*.  Then, to really emphasize his masculinity, Ahasuerus has Haman hanged and tells the Jews, “You’re totally welcome to kill some Persians, if you want.” And they do. A lot of them.


So why do I like this story?  Well, because in the end, it’s about a woman empowering herself with her sexuality and in result, 75,000 men die.

*Actually Esther’s cousin, Mordecai, is named the hero of this story, but not in my opinion, so I didn’t mention him at all. Forget I even said this.
Posted by Katie Qué at 10:36 AM