I had to get up real early for my flight on Saturday, which was especially difficult since I had slept for roughly 14 minutes the night before. I woke up at 2 in the morning to Boo attempting to break down our front door, and didn't fall back to sleep for hours. I don't know what he was trying to achieve, but he was definitely successful at annoying the shit out of me.


Needless to say, I was up in time for my flight. Good thing, too, since Google calendar was of no help to me this weekend. My flights had been automatically added to my calendar, but of course, they were in Eastern Standard Time. So, since booking my flight, I thought that I would be arriving in Chicago at 10 am (I arrived at 9), and that I would leave at 7 pm (I left at 6). This is because there are these things called time zones, and apparently Chicago is far enough away to be in a different one. Who knew? Luckily, I made it there and back without a problem. 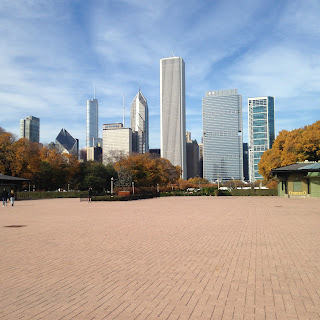 Shortly after I arrived, I went out to brunch with my friends/hosts where I ordered breakfast nachos. Technically, they were called chilaquiles, but I'm white, so I'm appropriating them for you. Did you know that there is a bounty of delicious Mexican food in Chicago? That's the second thing I learned this weekend. The first being time zones.  Surprisingly, I did not any eat any deep dish pizza nor hot dogs while I was there. But I did drink a ton of delicious beer, and that's what's important. 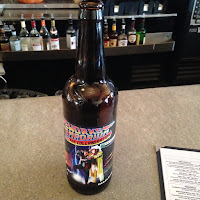 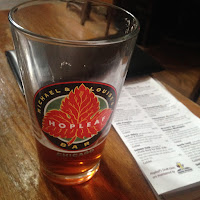 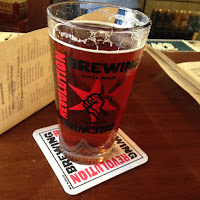 On Saturday night, my friend and I went to see a show at Second City. It was hilarious and edgy, but it wasn't actually improv, as I had hoped.  Now that I'm, like, a professional improviser (read: I pay hundreds of dollars to take classes on how to LARP in front of an audience), I want to see improv everywhere.  Regardless, the show was very well done and actually professional.

On Sunday night, I went to WGCI's Big Jam, which featured a number of artists including Meek Mill, Kendrick Lamar, and Monica - as in, The Boy is Mine, Monica. Truthfully, I didn't know she still existed, but she put on a great performance. I was going to riot if she didn't sing "Angel of Mine", so thankfully she did.


Speaking of almost rioting, WGCI DJs kept telling the crowd to tweet at them for a chance to see their tweets on the jumbo-tron. It is an absolute travesty that this was one was not chosen:

For those of you who don't know, Yazz is a rapper (and also a type of birth control).  And that tweet is a lie. I was just being modest.

Anyway, I was pretty surprised that so many people cared about Meek Mill and more surprised that so few people stayed to see Kendrick Lamar. Then again, I was also no less than a decade older than everyone around me, so maybe I don't know what's cool anymore. Related: I sat down for most of the show. 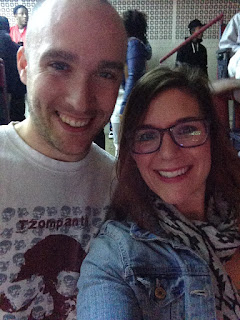 After such a big night out, I took it easy the next day, exploring Chicago on my own. I spent most of the day at the Art Institute of Chicago, which is impressive since I don't really care about art. Here's a selection of my favorite pieces: 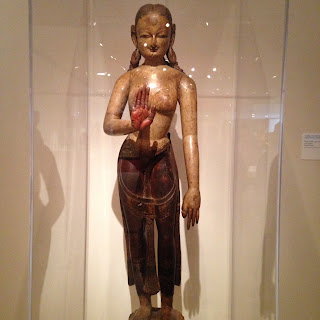 I call this one "Playa, please." 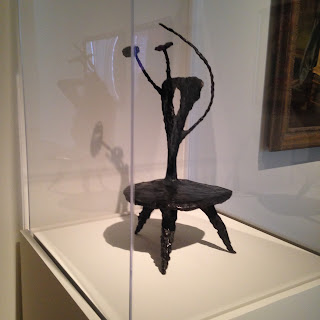 I call this one, "Beetlejuice". 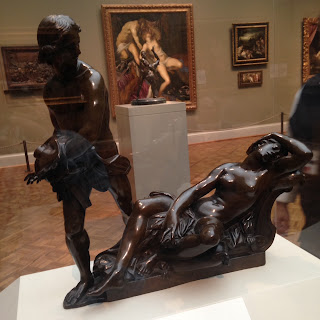 I call this one "One Night Stand" because it looks like the guy has quietly gathered up his clothing and is surreptitiously trying to ghost before she wakes up. 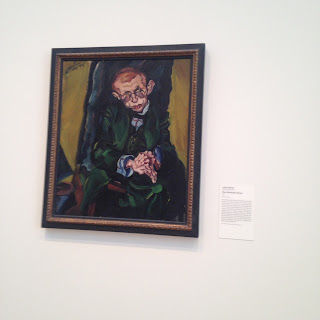 I call this one, "Stephen Hawking". 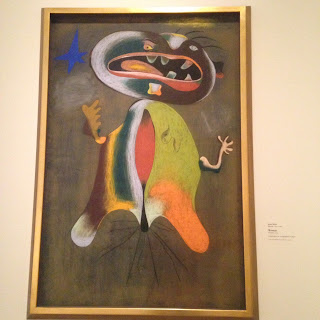 This one is legitimately called "Woman", which gives me the sense that Miro was probably not a feminist. 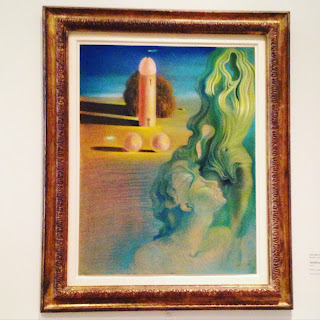 This one would make a perfect welcome mat.

I spent the rest of my time eating donuts and wandering around different parts of the city. I guess I looked pretty comfortable because three people came up to me on the street to ask me for directions. It made me realize that, next time someone does that to me in Boston, I can just lie and say, "I'm not from around here," and they'll leave me alone. #NewEnglandHospitality 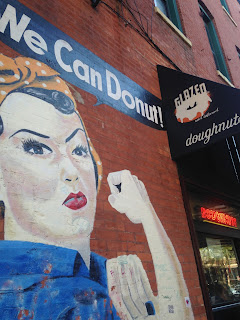 Email ThisBlogThis!Share to TwitterShare to FacebookShare to Pinterest
Labels: Chicago, Things I learned this weekend