A picture is worth 140 characters.

Yesterday, I went for a 9 mile walk because fall. Look at this motherfucking foliage! 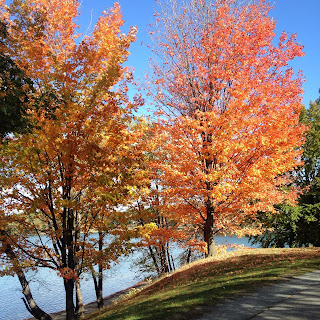 While I was walking for literal hours, I thought about all the things I could write about when I finally resurrected my blog. Less than 24 hours later, I have forgotten every one of those things. Maybe because at the end of those 9 miles there was this (x3): 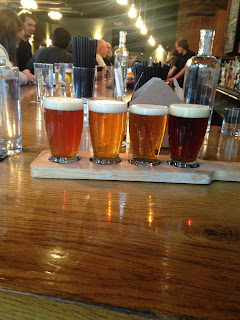 Anyway, how the fuck have you guys been? I'm asking as if you have all been waiting with bated breath for me to show back up on here. I kind of feel like blogs are a dying medium, but that's just because I'm self-centered, and since I barely write or read them anymore, I assume no one else does either. Everyone's like, just show me a picture, I have no time for words!!!!!!!

On that note,  I went to Mindy Kaling's book signing at the Brookline Booksmith a few weeks ago. It was a very rushed, impersonal experience. I was really disappointed, and I blame the instagram generation for that. I basically had 30 seconds to squat and pose for a picture while she scribbled her signature in my copy of Why Not Me? (which is great, and you should read it). I felt like I just had waited in line at Disney World to get Mickey Mouse's autograph. No disrespect to Mindy. I'm not criticizing her. I can't imagine being famous and having to meet hundreds of strangers in less than 2 hours (except that I'd love that. Come on guys, line up to tell me you love me!). I am sure she was just doing exactly what she was expected to do. She and the bookstore were giving people what they wanted: these days, people care more about getting a picture taken than having an experience. But I would have rather had a 30 second conversation with Mindy than a photo and generically signed book. 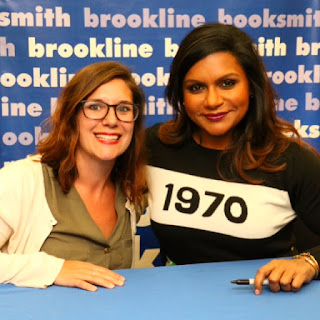 We do look great together, though.

Last weekend, I went to a CLUB and wore heels and drank vodka and grinded with strangers to some dope ass beats, and I had the most fun I've had in probably years. And you know what? I have not one picture to show for it. That's because I was having too good of a time to stop and take out my phone.

Of course, I was also having a great time the next morning while eating this McDonald's breakfast sandwich and I definitely made sure to take a picture of it: 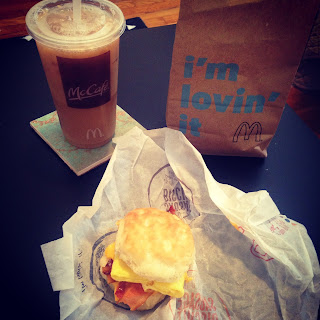 MCDONALD'S BREAKFAST ALL DAY. I've waited my whole life for this.
Posted by Katie Qué at 2:28 PM