Is this a mommy blog?

You guys, I know I'm going to sound like a soccer mom in a second, but I'm wicked excited about my new tupperware and I need to tell you about it. I've been bringing my lunch to work nearly every day since January when I made it one of my 12 resolutions. And, due to my aforementioned poverty, it's been pretty necessary for me to do so. I often make a big pot of quinoa or lentils or something equally peasant-like on Sunday and portion it out for the week ahead. (If you for some reason care about what I eat, follow me on instagram, duh.)  However, one of my favorite lunches ever is salad (like, for serious), but I rarely bring it because I never had tupperware big enough or anything to carry my dressing in that wouldn't leak. That is, until now. Behold, the Fit & Fresh salad container: 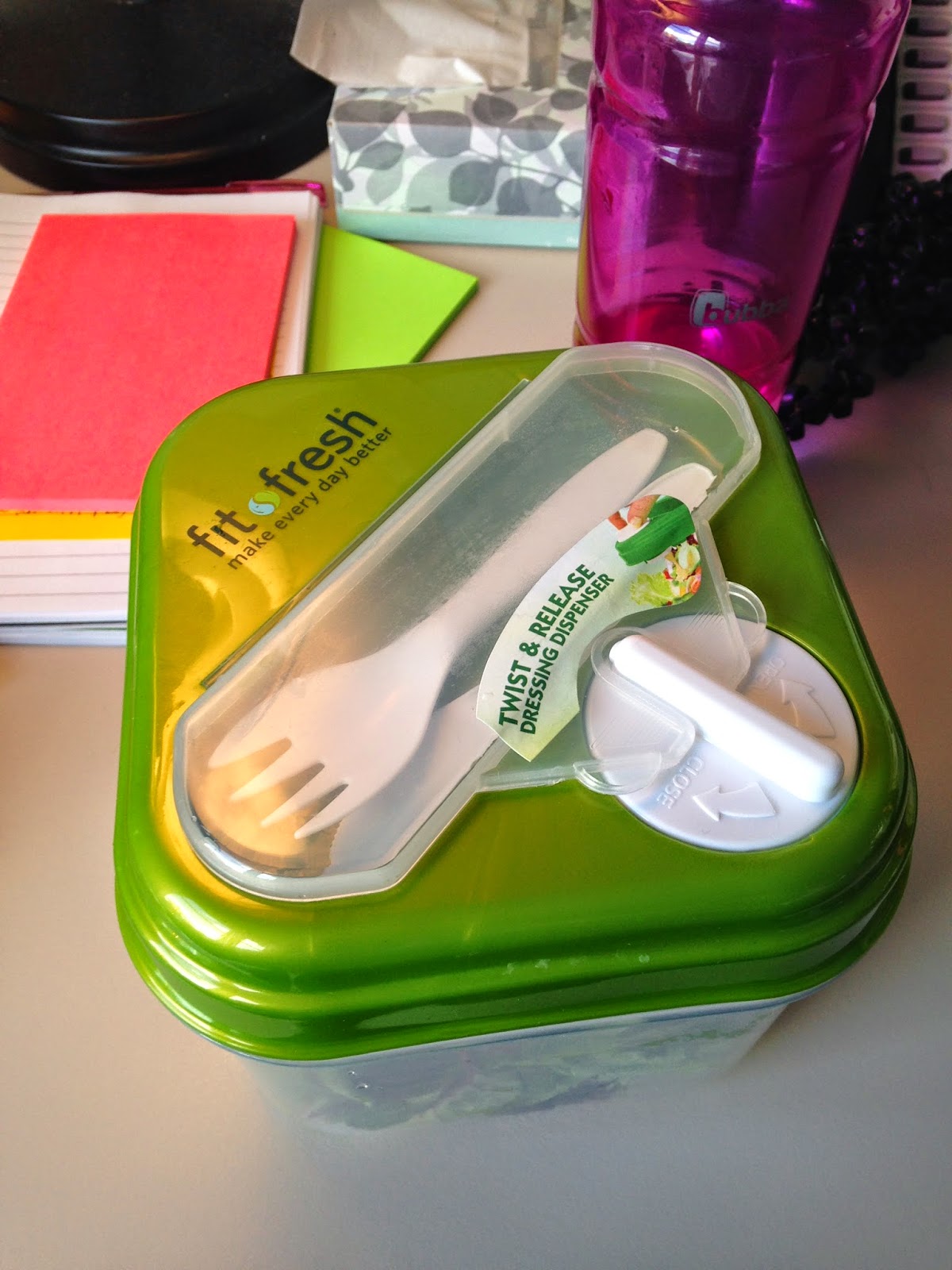 I'm so obsessed with this thing*. It's the perfect size, the perfect shape, and it has a DRESSING DISPENSER. It's awesome. Related: my life is really boring these days.

Work has been totally overwhelming lately, which is partly why my blog has been abandoned and malnourished the past few months. But I'm attempting to make it a priority again, since it is something I actually enjoy (whereas work - not so much). On that note, you know what makes me really sad? When people who don't know how to construct a sentence get paid to write. For instance, people in marketing who are so careless and frivolous that they can't even spell-check their emails but have made a career out of writing them. People who are hired because others value their content, content which the writers don't even care enough about to proofread. It's not only sad, it's infuriating. But that fury generally comes from my enormous feeling of jealousy that these people write for a living, which I probably could have done, but didn't. So here I am rage-blogging instead.


*Editor's note: I did NOT get paid for this endorsement. But I probably should have. (Hint, hint fit-fresh.com).
Posted by Katie Qué at 11:34 AM