It's taken me a week and a number of invigorating Gchat conversations to synthesize my thoughts on the 50 Shades of Grey trailer. I want to emphasize that-- all of these thoughts are the result of watching a 2 minute trailer, not after watching the movie in full, or even reading the book. That said, maybe what I've concluded is off-base, but I doubt it's not at least a bit insightful (because when have I ever written anything that was not insightful?)

When I watched the trailer, I immediately had a feminist crisis. On the one hand, it's sexy (mostly because of Beyonce's seductive, husky remake of "Crazy in Love" playing in the background, which is obviously the reason why I watched it in the first place). But on the other hand, it's grossly misogynistic, not to mention generic and tacky.

In the words of my enlightened friend, Dugan: "Let's take the most tired tropes of chivalrous/chauvinist 'romance' stories and make it 'modern' by adding S&M." And that's exactly what they did. 50 Shades of Grey is basically the 21st century, R-rated version of Beauty and the Beast, except instead of dancing teacups there are whips and chains. The story line is essentially the same: here's this small, naive girl, who is manipulated by a big powerful man into becoming his sex slave. (But don't worry -- as long as you do what he wants, he'll turn into a prince and marry you.)

"But if she's getting her kicks too, then what's the problem?", some of you may be thinking. The problem is that this movie, and so much of American entertainment, is the cause and effect of rape culture. America is obsessed with rape. Why else would there be thousands of episodes of SVU?  50 Shades of Grey is just a perceivably nicer, more accessible rape fantasy. And I'm not trying to judge people for the kind of sex they're into - if it's safe and consensual, do your thang. But I do find it disturbing that these stories have become a framework of pop culture. 50 Shades of Grey is not a fetish porn; it's a Blockbuster film playing in movie theaters around the world.  And movies like 50 Shades of Grey just reinforce all the backwards cultural messages we receive constantly every day -- messages that tell women they should be ready and sexual (but not too sexual!), and that teach men to feel entitled to sex. 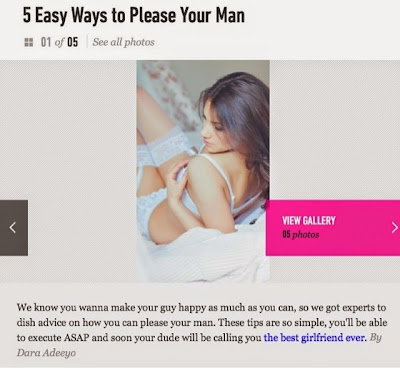 And that's the problem.