I'm getting really, really excited about Game of Thrones coming back. Like football, it is something I think about all the time, regardless of the season. Some people might find that nerdy but they're just jealous that they don't have the imaginative capability of fantasizing about dragons all day long.

HAVE YOU SEEN THIS TRAILER?


It's literally arousing. Like, I lose my breath when I watch it. LOOK AT THE SIZE OF THAT DRAGON, THOUGH.

However, one thing that is severely lacking in all of the previews for the 4th season is direwolves. I've spent an ample amount of time trying to decide if I would rather have a direwolf or a dragon (really, though, too much time), and have yet to come to a conclusion. I do think, overall, a direwolf would be a better, more loyal pet. I just wish they were more magical. You can see how the decision is a hard one. The point is they occupy my thoughts almost as much as dragons. 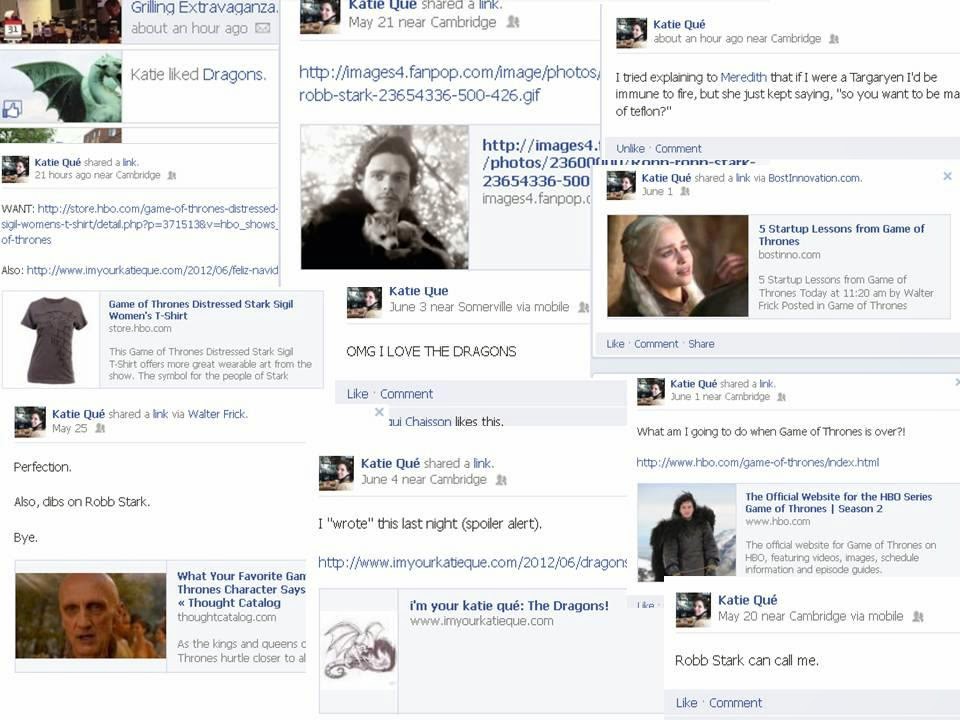 One time I was on a date - a first date! - at The Met in New York City, and we went into the medieval section (which was obviously my favorite part of the museum, especially given my stance on art). I spotted some armor clearly designed for an animal and said, probably too loudly,  "Oh my god, was this for a direwolf?!" And then my date was all like, "Um, I think it was for a horse..." Because, right.

You guys can guess the status of that relationship.

Anyway, in my defense, direwolves were a real animal, ok? It's just that knights didn't ride them into battle, apparently. And that, in my opinion, is just a really disappointing part of human history, so whatever.