The Woes of Wooing

I've been dating a lot recently and while it's been a valuable learning experience, I'm totally exhausted. I know it's an obnoxious thing to complain about -- going on a lot of dates -- but I don't have the emotional capabilities to handle it.  When someone takes you out, there is always the expectation, or at least hope, that it will turn into something more. Whether that something more is a relationship or just sex, ultimately you have to decide if you want to take it to the next level. And that's why I hate dating. Listen, I've taken many courses in decision-making and it's still not my strong suit. And, as it turns out, neither is commitment. 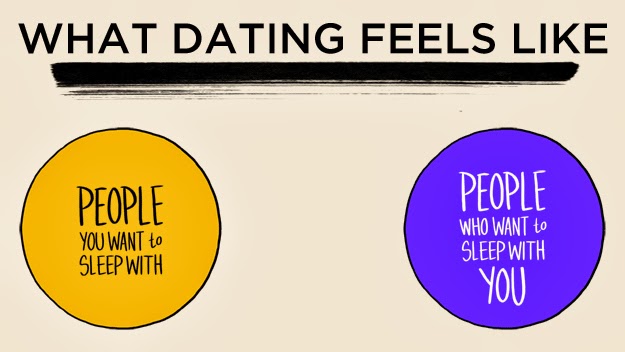 The idea of not meeting someone's expectations and letting them down is overwhelming for me. Then again, there is always the small possibility that you'll go out and both of your expectations will be met and the sky will be filled with violins, so that's why I continue to say yes when someone pursues me. But I am oh so tired and my sky is fresh out of violins. I just want to wake up one day and be comfortably (fat) in a relationship.

Other reasons why dating sucks:


Now if you're one of those couples who met and immediately fell in love, then none of this applies to you. Your life is a Disney movie; you should go pitch that shit to Pixar. Seriously, get out of here.
Posted by Katie Qué at 11:23 AM

Email ThisBlogThis!Share to TwitterShare to FacebookShare to Pinterest
Labels: dating