1. Sudafed makes me feel high, but not hungry.
2. I can totally twerk, you guys.

3. Riding a school bus to a wedding ceremony reminded me of college when my sorority would take a bus to an off-campus venue for our "semi-formals" also known as "cocktails" also known as complete shit shows.

4. One semester, I took my friend Steph to a cocktail, before which, I lectured her about how we couldn't get too drunk or we'd get kicked out. Cue me being sent home at 9 and throwing up in a mailbox that night.
5. Another time, or possibly that same time, my date didn't like a song that was on, so I went behind the DJ booth and shut off the music.
6. On that note, once at a frat party, I accidentally stepped on something that shut off all the music and got screamed at by a fraternity brother to "GET THE FUCK OUT!" I had a lot of sex in college, obviously.
7. Pretty sure I yelled, "You the hottest bitch in this place" at my friend's mom on Saturday night.
8. Weddings are fun.
9. My friends are, like, really pretty. 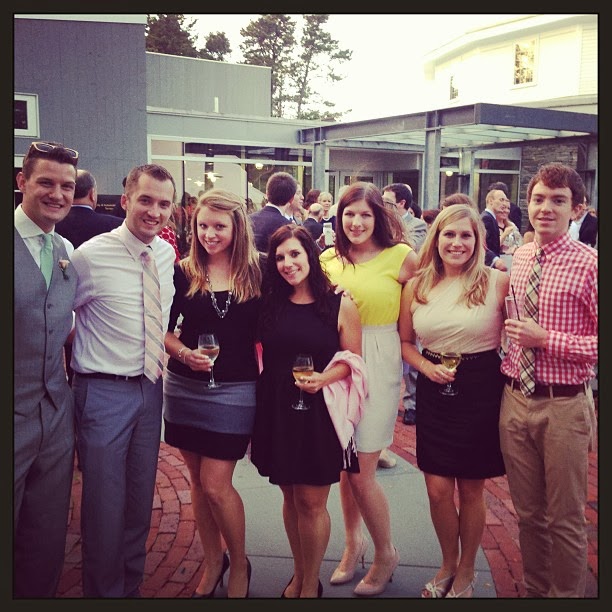 10. My friend Cory thinks I should write about him more in my blog, so here are 10 facts about him:

1. We became friends in 9th grade after I asked him if he ever got boners in class.
2. After I had my wisdom teeth out, he brought me Panera soup.
3. He once crashed into a fence while skiing and we all thought he died, but he didn't.
4. One time, I ran over his leftovers after we got into a fight about Jewel.
5. HE MET SARAH SILVERMAN. While this makes me entirely jealous, if it had to be someone              other than me, I'm glad it was him.
6. In high school, we went to a conference at Indiana University where we left various copies of a               burned CD that contained only this song:

7. He makes bomb chowder.
8. Amy Whinehouse's death was one of the biggest tragedies of his life.
9. We would both rather watch several hours of prison documentaries than go out sometimes.
10. He just married one of the most wonderful, genuine people I have ever met.