Last night, I went to one of those trendy paint nights, at which you're supposed to drink wine with your lady friends and do art and feel talented and accomplished at the end.  I chose to drink bourbon and accidentally mix all my colors together into a nice shade of poop brown, so you can imagine how great mine came out. 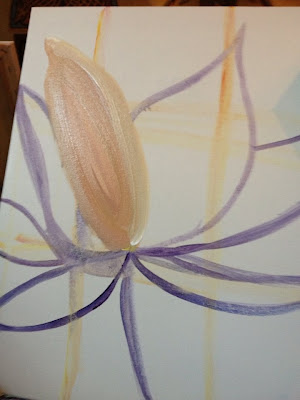 I find anything art-related incredibly challenging, mainly because I lack spacial awareness and also have Attention Deficit Disorder. I recently cried over a poster board because I couldn't write on it in a straight line. I also have never been able to identify where the center of a piece of paper is. I know there are things like rulers for that, but who has the time? Which brings me to my third problem with art: I just don't really give a shit.


Sorry, everyone. I'd like to be cultured enough to say that I enjoy going to art museums and discussing paintings, but I get bored pretty quickly. I also get cynical. Like, why is this person making a million dollars for basically blowing up google maps and framing it? The only artist I've ever slightly cared about is Salvador Dali and that's mainly because I was required to write a paper about him in Spanish and also because he's fucking weird, which I have a thing for.


Anyway, our first step last night was to divide the canvas into nine blocks, which I failed at immediately. You know, on account of that whole spacial awareness thing. After that, I mostly followed the directions but soon stopped listening and started drawing cats instead. 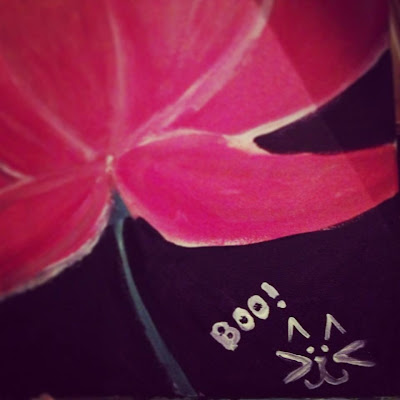