In college, this guy, whom I liked and took to cocktail* and immediately ditched me for one of my friends, took me to the beach one Valentine's Day. We strolled along the shore and listened to the waves and threw shells into the sea, and it was magical and poetic, and then he still didn't want to date me, so that was that.

Another Valentine's Day, I went on a first date with a big black sailor who later called me and said, "I'm bisexual," to which I responded, "Excuse me?" To which, he responded, "Just kidding!" And I was like, "That's not a real joke, so."

I also once got two presents from two different guys and cried because I didn't want to date either of them and I was scared of hurting their feelings. I'm probably the only girl in America who has cried about getting multiple gifts on Valentine's Day. Asshole, I know.

Despite all this, I actually really like Valentine's Day, mostly because I appreciate any time where it is not only socially acceptable, but also encouraged to binge eat candy and desserts. 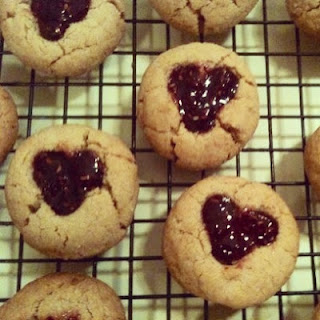 It's also yet another reason to put Boo's face on a card and send it to everyone I've ever met and also some people I only know from the internet. So look forward to that.

*That's sorority for a "formal" party, or by anyone else's standards, an absolute shit show.
Posted by Katie Qué at 10:18 AM