The other day, my boss stopped me in the hallway and said, "Katie, you're wasting away into nothing!" and I felt flattered, which is pretty fucked up since that's the kind of thing you'd say to someone who has a terminal illness. Once, my friend told me I looked "gaunt," and I took it as a compliment. A compliment! There's nothing okay about that. And what's sadder is that I know most of my female friends would have had the same reaction. To quote Fiona Apple, this world is bullshit.

Imagine what we women could be doing with our time if we weren't so preoccupied with the shape of our bodies. We'd all be burning our bras, or something. According to a recent study, "women who were primed to evaluate themselves based on their appearance and sexual desirability had a decreased motivation to challenge gender-based inequalities and injustices." Instead, we're destroying our joints on an elliptical every day in order to look attractive enough for someone to put a ring on it.


The idea of a diamond engagement ring is roughly a century old. Guess who invented the concept? Not surprisingly, it's the same people who mined the diamonds -- the De Beers diamond syndicate. [http://www.huffingtonpost.com/ira-weissman/7-reasons-why-you-shouldn_b_1720870.html]

On that note, happy Valentine's Day, everyone! 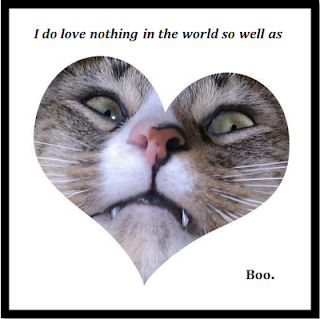