One day you may find yourself crying in a courtyard because you're having a bad day at work. Then, you will order a grilled cheese with avocado and tomato for lunch when you would normally order a salad, especially since it's 98 degrees out and why would you ever want to eat something as heavy as a grilled cheese when it's 98 degrees out? Because you just cried in a courtyard, that's why.

When you return to your office, your coworkers will give you concerned/frightened looks because you may not have been very discreet about your emotional breakdown. Then, your coworker, who you barely even talk to, will bring you a bag of cherries because somehow she knows that you quell all of your emotions with food.

When the day is finally over, you will decide to walk home even though it is still 98 degrees (and rising). And because you are so mentally distraught, you will take a different route and get lost in the city in which you have worked and lived for 4 years. At that point, you'll realize you've officially gone crazy because not only are you lost, but you don't actually like the heat. In fact, you have made many proclomations about how much you love winter and would rather be rolling in snow right now. Also, earlier in the day you had to google the word "thermometer" because you couldn't remember if it was indeed the word for the device that tells you the temperature.

You have now reached rock bottom.

You are also sweating profusely and need water.

Luckily, you'll stumble upon a grocery store and decide to get more cheese because you can never have too much cheese. You will take that cheese home and eat it on your couch while watching Teen Mom, and you will feel better about yourself and your life because you did not have a baby at 16, and you have never had to go to rehab, and your name is not nor ever will be Amber.

So my birthday has come and gone. It's weird that none of you sent me cheese or wine or cheese, but whatever. My lovely roommate did shower me with gifts, including, but not limited to, a dragon bookmark and also this:


I'm waiting for the most perfect moment to grow my dragon. I will name it Khal Drogo.

Anyway, I spent my birthday at one of my friends' wedding. It was absolutely fantastic. An open bar on my birthday? Don't mind if I do. And I did. A lot.


This resulted in me throwing up in the hotel bathroom. There was a brief period of time that followed during which I thought I was going to die underneath one of the dinner tables, but then I bucked up and returned to the dance floor with a vengeance. That was the first time in my entire life that I ever booted and rallied.  I did the running man in heels to "Call Me Maybe." I danced 8th-grade-style with strangers. I feel surprisingly sprightly at age 26.

I had to work 12 hours yesterday, which turned out to be great because my "company" gave us a bunch of cheese. And I'm talking like the good shit - bleu, brie, goat - all served with tiny pieces of bread and those delightful butterfly crackers. I couldnt handle myself. I fucking love cheese, you guys.


Due to the mass cheese consumption, I decided it would be best to walk home. On my way, I spotted this little guy:


If you can't tell, that is a wild bunny. Or at least what I thought was a wild bunny. It could very well have been someone's missing and/or malnourished pet. Either way, I spent at least 15 minutes following him around Cambridge, trying to take pictures. I also had this very intense desire to rescue him, take him home, and build a miniature WWE ring so I could recreate this:


Except better, because I'd definitely figure out a way to dress him and Boo both up in spandex.

But eventually, I realized that it was 9:30 pm and I was most definitely on a street where someone was mugged a couple months ago, so I thought it was best to get out of there. I felt really guilty about leaving the bunny behind, though. The world is a fucked up place, especially around Harvard Square. The first thing I saw when I got off the T this morning was homeless people doing drugs and sleeping on the sidewalk. VERITAS. Anyway, I sure hope he makes it. Godspeed, little buddy.

Also, the fat girl in me typed the title of this post and immediately thought of this:

The time has come. My fear of online dating has finally been outweighed by my fear of dying alone, and alas, I am now on a dating website.


I was attracted to Coffee Meets Bagel because of the word bagel and its affiliation to Jews. Also, it requires little to no effort, which is great, since dating is less important to me than is not being alone when all of my friends inevitably move in with their boyfriends/girlfriends and get dogs and leave me in the DUST with my (stunningly flawless) cat. I have this very urgent fear that I will have to live over someone's garage in the suburbs when I'm 30 and be the obligatory invite to Thanksgiving. That cannot happen.

(Also, I make some really good desserts, so I promise to be a valuable guest.)


So anyway, now I'm on a dating website, which I'm not sure will really help because I have a busy schedule and would likely choose spinning over getting coffee with someone I probably won't like anyway. My dad told me I need to be less picky. Then I told him to start giving my number out to people he works with. That is the low point at which I am right now.

Also, if he knew the options I have been given lately, he probably would appreciate my "high standards." The last guy I met asked to come home with me after SHOWING ME PICTURES OF HIS BABY. So yeah, no. No babies. Possibly ever. That's definitely a standard. I should probably go add that to my dating profile.
Posted by Katie Qué at 10:48 AM 7 comments:

Dunkin' Donuts recently reminded me that my birthday is coming up. Considering how poor I am lately, I'm pretty excited that I'll be getting a free coffee from them sometime this month.

Anyway, since my birthday is just right around the corner, I thought I'd make it simple for you all by compiling a list of things I like and dislike so that you can easily pick out the perfect gift for me! I'm so thoughtful, huh? 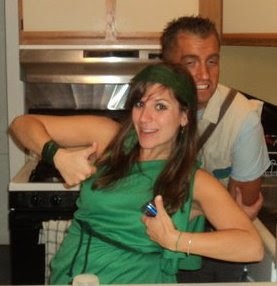 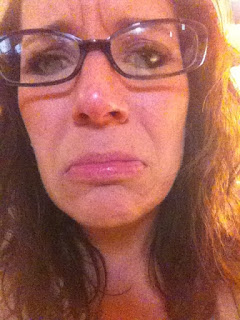 You have until June 16th. Or whenever. I'll accept gifts at any time, really.

For your morning pleasure, courtesy of my talented roommate: 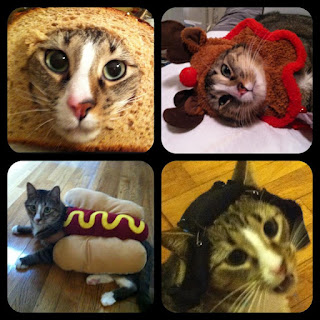 I am so high on dragons right now, you guys.

The season finale of Game of Thrones was off the chain (both literally and figuratively). It roused so many emotions, mostly elation -- the dragons!!!!!!!

In case you missed it, here's a recap:


Also, I need to teach Boo how to breathe fire so we can take over Qarth and then THE WORLD.


Sorry if this post doesn't make any sense to you, but if don't watch this show, you are a fool.

Meredith: "What are you doing tonight?"
Me: "I don't have any plans. I might stay in and order food. Hang out with Babis. Die alone. The usual."


Please note the card game in the background:


Have a great weekend, everyone!