Remember that time I went to go pick up a robotic mouse for my cat and ended up VIP at a Rancid concert?


That's pretty much the whole story. Well, I guess there's a little bit more. I was supposed to go to the gym, but then I heard about the robotic mouse and things got all fucked up. Mainly me.

I don't really know anything about Rancid, except for that I probably listened to them in high school at some point. I was a little worried I wasn't going to fit in since I was wearing a pencil skirt and a cardigan, but no one seemed to notice. Or, it could have been that I was just really, incredibly drunk. But listen, it's not my fault. The drinks were free. 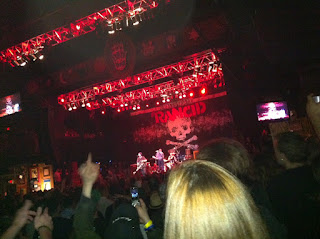 And that's how people die. Mostly girls. They're like, "Yeah! Another vodka soda cran, please. YOLO!!!!!!!" And then they go throw up and cry in the bathroom. I didn't do that. I just did this:

I ended up eating pizza at 1 am in what I thought was Mission Hill. I asked some stranger, "Is this Mission Hill? Am I going to die?" They said no and no. But also if I were in Mission Hill, it probably wouldn't be the best idea to ask a stranger if I'm going to die. Then some kid started yelling the F-word (not fuck) so I hated everyone and vacated the premises. 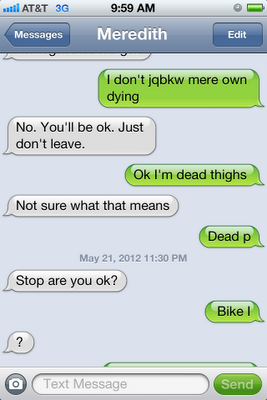 I got into a cab and read my tweets and texts, and my cab driver said, "Miss, you're laughing by yourself." Right, right.