If you have been following my tweets and Facebook posts, or if you have talked to me for more than 3 minutes over the past few weeks, you probably know that I have been looking for an apartment with my roommate, Meredith, and have been feeling pretty anxious about it. My search for a place to live come June 1 has been emotionally taxing. There were many times when I felt like I would literally be homeless.


I envisioned Boo having to sell himself on the streets for cash, the only consolation being that he would make a pretty penny considering how absolutely, flawlessly gorgeous he is. And considering how many people want to have sex with cats?


Anyway, because I'm a rational person who never exaggerates or overreacts or panics about anything ever, this extreme thinking was totally justified, obviously. But, in all seriousness, it was hard to be hopeful when the turnaround time on renting apartments in Boston right now is approximately 20 minutes--meaning, an apartment is listed and then gone within the span of 20 minutes. For example, we found an apartment we liked only to discover minutes later that it had been rented while we were looking at it. As in, while we were standing inside the apartment. Tears ensued. 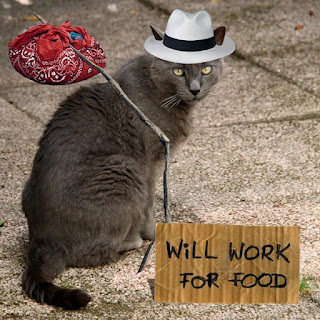 Despite all this trauma, Meredith and I found an apartment last night, signed a lease this morning, and will be moving in about a month. I am so beyond relieved. Now I can cut back on therapy costs and also stop practicing becoming homeless.

(In regards to the tweet above) I retold this story to Meredith, who apparently thought I said "midget," not "pigeon." Imagine if I said, "You are dangerously close, sir" to a midget?!


Happy Friday, everyone. I give you permission to drink copious amounts of beer in honor of my finding a home.