The Most Expensive Place on Earth

So Disney World was a pretty good time. If I could change one thing about it, I would make it less attractive to children. I witnessed far too much whining. You'd figure those little assholes would be grateful to be at the happiest fucking place on earth. Apparently not. Then again, I think what I like less than children is their parents. My feet were run over by strollers roughly 30 times throughout my trip. Relax, dickwads. You're on vacation.


I'd also add more bars. When I'm on vacation, I prefer to have a beer in my hand at all times. Unfortunately, the Magic Kingdom was less about beer and more about milkshakes (note: not the kind that bring all the the boys to the yard).


Epcot, however, was great. Oktoberfest in an imitation Germany was enjoyable, especially since I missed Harpoon's this weekend and it's one of my favorite days of the year. I plan on modeling my wedding after it. Assuming I get married (please pray for me).


Anyway, the price inflation in Disney is outrageous, as I'm sure everyone already knows. I spent $10 on a coffee and a quarter cup of Raisin Bran. Ten.


Also, I'm 25 and cried on the Tower of Terror. Never again. That was one of the worst experiences of my life. I'll stick to the teacups, thank you.


There were also lots and lots of really overweight people in Disney. I considered that a plus. As someone who is constantly considering  her weight at all times always, I felt delightfully unconcerned. Which would explain this: 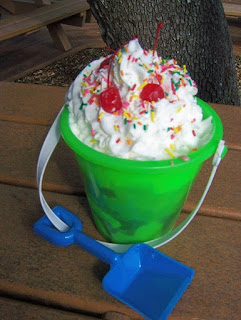 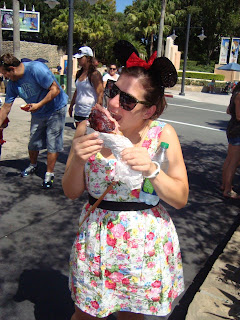 I should also probably mention that this weekend was the Food and Wine Festival. My friends were running the Wine and Dine half-marathon while I was drinking around the world at Epcot. I'd chalk it up to a victory on both sides.